L.A. Noire has become "an important franchise" for Take-Two 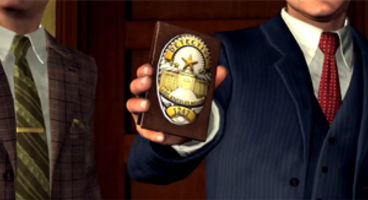 Take-Two CEO Strauss Zelnick has praised the "groundbreaking title" L.A. Noire for becoming their "most successful new release" this past fiscal year. Sadly, creator Team Bondi is no more.

Rockstar Games commands the L.A. Noire IP however, and from Zelnick's words it seems they'll be leveraging it in the future as he lauded it's "new standard" of quality and "cinematic art".

When it releases on Xbox 360 and PS3 earlier this year in May it scored high with critics, but sales fell below expectations for Take-Two. Team Bondi has since closed.

"This groundbreaking title from Rockstar has set a new standard for video games with cinematic art and has become an important franchise for the company," declared CEO Strauss Zelnick. This week sees the release of L.A. Noire with all its downloadable content bundled together for release on PC. Check out our review why don't you?

Have you enjoyed the noir styling of L.A. Noire, videogamer?