Duke Nukem Forever "The Doctor Who Cloned Me" DLC announced

09 December 2011 | By Jonah A. Falcon
Gearbox Software has announced a new downloadable content pack for Duke Nukem Forever, "The Doctor Who Cloned Me." The DLC adds content to both the single-player and multiplayer of the game.

The single player campaign includes Duke facing off against Dr. Proton in Area 51, where he will fight new enemies and bosses in this adventure, as well as earning new weapons and Trophies. 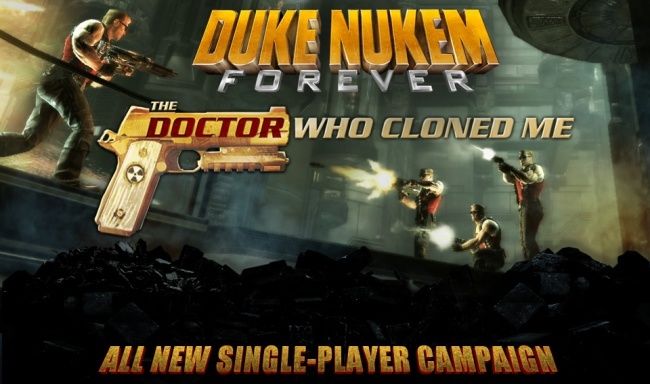 As for multiplayer, four new maps are added, and are playable in all gameplay modes, including the modes from the "Hail to the Icons" DLC. The maps include:

* Sky-High: The alien-infested corporate offices of Pooty, Inc. near the center of Las Vegas. This map includes three indoor floors taken over by the aliens and two rooftops, jump pads, stairwells, and building-to-building combat.