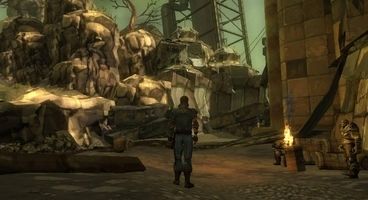 Interplay is incensed over Bethesda's "absurd" attempted legal claim that Fallout Online may only be Fallout in name, and may not use any of the intellectual properties' locations, history, lore or characters.

Back in 2007, Interplay sold the Fallout series to Bethesdafor $5.75 million, and Bethesda in turn sold the licensed rights to develop a Fallout MMO back to Interplay under certain conditions.

However, in December, Bethesda claimed it licensed "one single asset" to Interplay: the Fallout trademark alone. The company contends that there is "no other license" included in the deal, and Fallout Online cannot feature any assets from the established Fallout universe, such as characters, settings or storylines.

Gamasutra obtained a January 7 Interplay court filing that argued against Bethesda's interpretation of the licensing, stating, "Bethesda's interpretation requires Interplay to develop and release an MMOG under the Fallout name, but unrelated to the Fallout brand. First, this is not only absurd, but is specifically prohibited by the agreement because Interplay was only granted a 'license and right to use the Licensed Marks on and in connection with its FALLOUT-branded MMOG ... and for no other purpose. It was not the parties' intent that Interplay create, for example, an online baseball game or poker game called 'Fallout.'"

Interplay states flatly that removing Fallout brand from its setting, characters and other recognizable assets would result in the company being "denied the fundamental benefit of using the trademark, and that Bethesda's claim is "without merit," and asked the court for the opportunity to "present evidence to show the parties' intent with regard to the meaning of the term 'Fallout-branded MMOG." 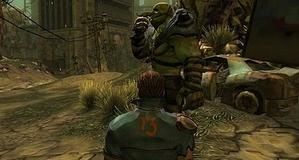