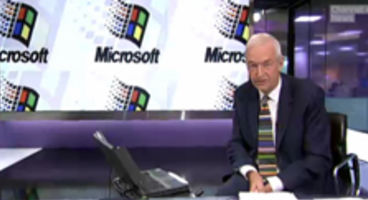 Microsoft has a fully functioning and kitted out 'future house' they've dubbed Microsoft Home, and inside it's jam-packed with state-of-the-art gizmos.

"My daughter's room has this ability to have her wake it up," said Microsoft Home's Jonathan Cluts. The house is based at Microsoft HQ in Redmond, Seattle.

Cluts says 'wake up' in the room loudly to which the wallpaper springs to life and the room is lit up. He gestures at a 'sun' on the wall which offers a selection of apps. "I can now just use my hand to pick the various things that can be applied to the room," he said.

Check out the behind-the-scenes footage of Microsoft Home below.