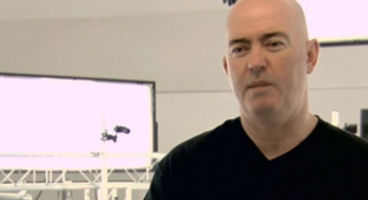 It's based on "one of the great untold stories of the twentieth century," he teased. McNamara has "learnt a tonne of things" from L.A. Noire's development, and that will "hopefully play" into it.

Most of Team Bondi's staff has since moved over to KMM, a production company founded by Mad Max creator George Miller. Rockstar kept control of the L.A. Noire IP and appear to have an interest in keeping it around, although whether its trademark animation capture for characters will survive is unknown.

"I learnt a tonne of things from doing L.A. Noire which will hopefully play into what we do next," said McNamara.

"A lot of people who were working on L.A. Noire have gone across to KMM, some of them to be working on some of the film projects. A lot of the art and animation guys went across. Some of the people have gone to work in different Rockstar studios." It seems McNamara is freelancing right now as he's writing up game scripts.

"I'm personally just writing some new stuff now, which I've been pitching around for the last couple of weeks. Hopefully I'll have something to announce on that pretty soon."

"There are a few people interested, yeah," he said. "I've still got to do the paperwork."

Whatever this new video game project is it's as big budgeted as L.A. Noire was. "We think the evolution from The Getaway to L.A. Noire and learning the lessons we did on the way, and some of the stuff about emerging storytelling, is definitely an avenue to pursue." Will it use the eye catching MotionScan for realistic in-game characters?

L.A. Noire releases on PC this week - check out our review.