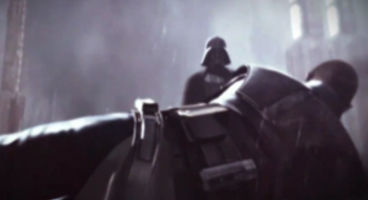 Lucasfilm was caught red handed registering domains for something called 'Star Wars: Identities', leading some to speculate that this could be their upcoming RPG game.

A job post for LucasArts spilled the beans earlier this year that they're making an open world RPG. However 'Identities' is "not a video game," says the company. Something for TV?

"I can't comment on rumours or speculation," said a LucasArts spokesperson. It's likely this is either a TV production of some kind or a new series of books or comics. What's that RPG about?

"However, I can confirm that this is not a video game," they added. Exactly what kind of open world RPG does LucasArts have cooking? The company announced that BioWare's Star Wars: The Old Republic MMO would be the last external Star Wars IP project. Sadly LucasArts' The Force Unleashed 2 didn't fare so well.

"In recent years, LucasArts hasn't always done a good job of making games," LucasArts boss Paul Meegan said this year. "We should be making games that define our medium, that are competitive with the best of our industry, but we're not. That has to change." What do you hope this open world RPG is about, video gamer?