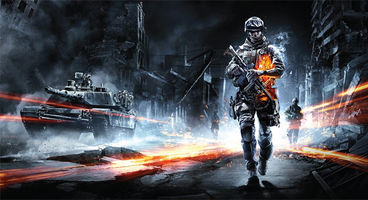 Preorders for Battlefield 3 will be awarded with the first expansion as a bonus, called Battlefield 3: Back to Karkand. The DLC will feature re-mastered old maps from Battlefield 2 like “Wake Island,” “Gulf of Oman,” “Sharqi Peninsula” and “Strike at Karkand,” all revamped and redesigned using the heavy hyped Frostbite 2 engine.

The maps will be different from the original games enough that strategies will have to be changed, since the maps now feature a destructive environment. Also returning are some old classic weapons from the previous game as well as classic vehicles.

There's no word yet what Battlefield 3: Back to Karkand will cost for gamers who did not preorder the game. Battlefield 3 will be released this Fall for PC, Xbox 360 and PlayStation 3.