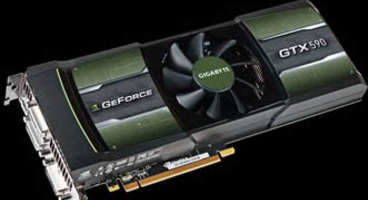 NVidia has announced that gamers can get Batman: Arkham City completely for free with the purchase of a select EVGA Nvidia GTX card today. NVidia has had a strong relationship with the IP, as Batman: Arkham Asylum featured PhysX and 3D courtesy of the graphic card manufacturer.

The cards in the deal include many of the GTX 5xx series cards are currently on sale, including the Nvidia GeForce GTX 560, 560 Ti, 570, 580, and the high end 590. According to the press release, "Gear up with NVIDIA GeForce GTX graphics cards and take on Batman: Arkham City in all its gritty glory with NVIDIA PhysX and DirectX 11 technologies that add impact and realism to every scene. Buy the card today, and get the PC game FREE."

Those of you who played the PC version of Batman: Arkham Asylum enjoyed playing the best looking version of the game anywhere, especially with PhysX turned on, and if you played with the Xbox 360 controller - which the game natively adapts to - you got what is essentially a console experience (complete with Achievements!) with the muscle of a fully rigged PC processor. In other words, an awesome experience (with 3D if you had the glasses for it.)

For more details, check out the official site here.