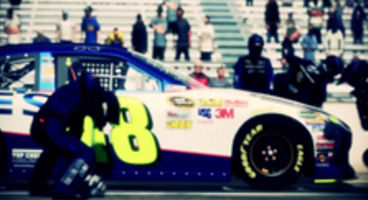 The mega Spec 2.0 update for Polyphony Digital's Gran Turismo 5 is now live via the PlayStation Network and it's a big one for any game - 1192Mb.

Inside that gigabyte of data are cockpit views for standard cars, a better online lounge, a new intro video and endurance race saves. New DLC is revealed too.

A Complete Pack will be available too for $11.99 which includes all of them. For more details about each of the DLC items check out the official US Gran Turismo website. Below are the changes and new additions with the Spec 2.0 update, courtesy of GTPlanet.

The over 800 standard cars included in the game are now given simplified cockpit views. You can change your view using the SELECT button when racing, to change your display to the exciting cockpit view.

*Unlike the cockpit view of premium cars, the simplified cockpit is shown in a dark silhouette, and the gauges used for the car will be standard in-game instruments.

- Addition of the weather change menu

We’ve added a setting sheet feature that allows you to save multiple car settings.

From the (Setting Sheet) on the lower right of the screen, you can check the current settings. You can switch between 3 settings A, B, and C, allowing you to change between your personal settings easily according to the type of race and your objectives.

The newest NASCAR 2011 models have been added to the car dealerships. The added cars are the following:

The Nisssan GT-R N24 Schulze Motor Sports has been added to the car dealer. This is the car entered in the 2011 Nurburgring 24 hour race by Schulze Motorsports of Germany, and is the very car in which Kazunori Yamauchi drove and achieved a class victory.

An Avatar ON/OFF feature has been added to Photo Travel. Now you can photograph your avatar together with your car.

You can turn the driver avatar ON/OFF by pressing the ? button while positioning the car.

All replay videos recorded after the 2.0 update will have (Forward) (Rewind) buttons.

You can now easily search for the scene you are looking for and play back a certain section whenever you want to, adding even more fun to the photo mode.

(Car Restrictions) has been added in the regulations. You can now limit participants to specific categories such as “NASCAR” and “Super GT”. Also, there are now more cars that can be used in shuffle races, and a new “Shuffle Base” setting allows you to set the performance level of cars allocated to each player.

A “Graph Display” has been added to the remote race screen in GT My Home of granturismo.com, where you can enjoy B-Spec racing. This allows you to visually see the changes in positions in each lap. A time difference display for each car in the race has also been added.

The “Indy: NASCAR Pit Stop” stage has been added to photo travel. We invite you to come see and capture the energy of NASCAR’s famous pit stops.

- Addition of the Consecutive Login Bonus

When a user logs in consecutively, a bonus will now be applied to experience and race rewards.

A (Downloadable Content) button has been added to the lower right of the top screen. Here you can install content purchased from the PlayStation®Store, which will be made available on October 18th.

The Logitech G25 Racing Wheel and G27 Racing Wheel are now officially supported. You can now change button assignments for various racing controls on these wheels.

- Quick Menu can now be accessed while the race is loading.

- It is now possible to save and resume endurance races.

- Two NASCAR cars selectable in Arcade Mode have been changed from the 2010 models to 2011 models.

- In the Arcade Settings of (Options), AI Car Characteristics settings has been added. You can now change the aggressiveness of the AI against you in Arcade races.

- Some effects of Traction Control have been adjusted. When the TCS level is set to 1, it will not come into effect as much especially in tight corners on dirt tracks.

- The option to Create Thumbnails for All Cars has been added to the context menu of the Garage. This will update the thumbnails of all cars in the garage.

- You can now change the Slipstream Strength settings in the lounge.

- Drivetrain settings has been added to the regulation settings in the Lounge.

- A setting to prohibit “Tuning” of cars has been added to the regulations settings in the Lounge.

- Adjusted the driving speed of formula cars in banks, and auto-drive when coming onto straights.

- Added a button to (Reset Playlist to Original Settings) under the settings menus of (Menu BGM), (Race BGM) and (Slideshow BGM).

- Personal BGM can now also be set in (Slideshow BGM)

- A new brand “AMG” has been added to the MUSEUM.

- Corrected an issue where the “Torque Sensing Center Differential” installed on a Lancer Evolution X was not functioning.

- Fixed an issue where you could participate in the Intermediate/Tarmac Rally of the Gran Turismo Rally in a Ferrari F1 by using the power limiter.

- Fixed an issue where the Controller Steering Sensitivity was not applied correctly.

- Fixed an issue where there was a server connection problem in certain network environments.

- Fixed an issue where auto-drive would make braking mistakes.

- Fixed an issue where the system would misjudge whether deceleration happens in time when making pit stops in the rain.