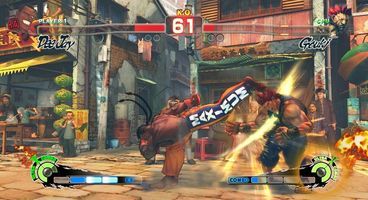 Capcom announced today at Captivate 2011 the launch of the Arcade Edition as a retail disc release and as downloadable content.

"It's been really gratifying to see the players and even the press, who were very kind to the game," Killian praised, "We were fortunate. I know how great these games are, so the chance to introduce them to a new generation, or even have another great run for the old generation, has been special."