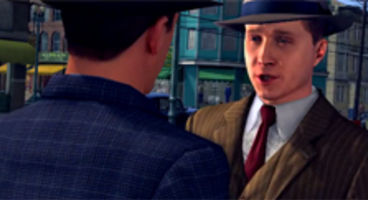 The studio behind L.A. Noire, due out next week, has revealed they're thinking of what DLC they could bring to the open-world crime solver - some new desks?

“As I said earlier, we’ve got two full desks – burglary and bunko – that never made it into the game, so we’ve been thinking those and whether we’ll do them,” said Team Bondi founder McNamara. Each desk carries multiple cases which we can replay aytime.

This might not happen though as the Australian Rockstar Games studio already has plans for something else in motion and may just leave L.A. Noire alone, at least for a while.

"We’re actually working on a new project idea now, so we’re kicking that around as well,” said McNamara. Sales numbers will likely help Team Bondi decide if it would be worth returning and giving us a new desk or two to work. 'Bunko' meant fraud in those days.