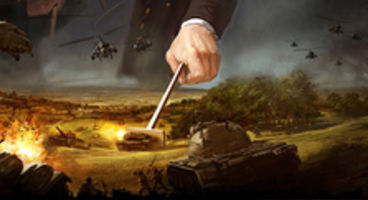 While Ubisoft's R.U.S.E. liked deceit, Eugen's Wargame prefers the straight up fight. It's set during the Cold War and has NATO cross blades with the Soviets.

It's looks mightily impressive from the trailer the developer has released which seems to suggest it will offer RTS fans non-stop action, and less of R.U.S.E.'s focus on telling strategic fibs to your enemies. It uses the same fancy high-tech map system.

"The level of detail given to each unit, combined with the impressive IRISZOOM™ system that allows a continuous zoom from global view to the heart of the action, continue to push immersion to new heights," reads the release. It will be at Gamescom next week.