Saints Row: Drive By canned over costs "getting really high" 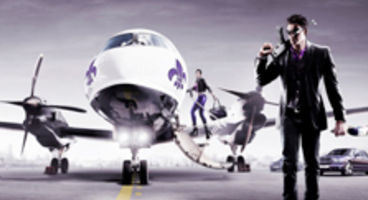 Nothing much to see here folks says THQ's Danny Bilson as the Saints Row XBLA title was cancelled simply because costs 'got a little too high' so it ended.

It was "really good" but finances were its demise. THQ "talked about doing" a Nintendo 3DS version but "we never started it." Sorry but there was "no drama".

Balls! Here I thought we could easily dupe the videogaming public into a three week binge of misinformation and innuendo about why THQ canned their XBLA bound Saints Row: Drive By and core games boss Danny Bilson goes and explains everything openly.

"Honestly, it was an Xbox LIVE game that we started that was really good, but the costs were getting really high for the platform, so we shelved it," said Bilson, possibly hiding a terrible secret - you never know, right? "That's all it is; it's not really a big story." Boo!

"No, we talked about doing a Saints Row 3DS game, but we never started it," he said. This did at least reveal a startlingly boring revelation that nothing blew up between THQ and Nintendo over the content of a proposed 3DS version.

"We have a couple of other things in development on the 3DS, but we wound up not starting that and starting a couple of other brands instead. There was no drama in any of that, honestly." Saint Row: The Third releases on Xbox 360, PS3 and PC this fall.

Is it honestly too much to ask for some scandal and sleaze from our studios?