MMO ASTA looking for a US and EU release, uses CryEngine 3 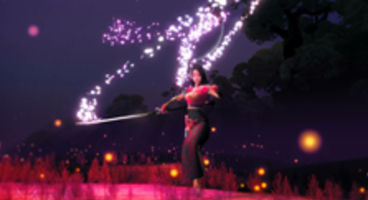 Korea-based NHN currently publishes MMO ASTA but they're looking now for a North American and European release for the fantasy-styled role-player.

The game runs on Crytek's CryEngine 3 tech and will be showcasing at Gamescom in August. It was last seen in the west at GDC in March this year.

The MMO is based on Asian myths and offers PvE, realm vs. realm, raids and crafting. Korea's gaming event G-Star unveiled the ASTA MMO last year. Crytek for their part have announced more CryEngine 3 games are on the way as more are signing up.

The most notable game running with CryEngine 3 is of course Crytek's own Crysis 2 which recently received a huge DirectX 11 update on PC along with a higher texture pack.