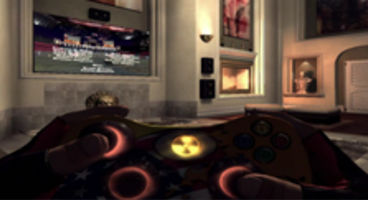 Gearbox Software's Randy Pitchford delivers a cheeky one liner that Duke Nukem Forever is "like three or four Call of Dutys" long in its singleplayer campaign.

It averages between 16 to 18 hours which is longer than the average FPS these days. Pitchford declares the game "will speak for itself." It's out early May.

The studio boss revealed the campaign's length in an episode of GTTV. "It's like three or four Call of Dutys, right?" quipped Pitchford. Fans have been rather critical of Activision's Call of Duty series because of its rather 'short' campaign lengths.

"The game will speak for itself. I love it," he continued. Duke Nuke Forever releases on Xbox 360, PS3 and PC May 6th. Seriously it really does - it WILL be out this year - really!