Fable III has "additional challenge" for PC crowd, not so easy 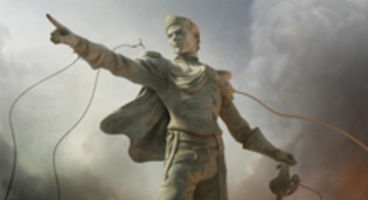 PC Fable III lead designer Josh Atkins has said they've had to make things more challenging for PC players because they want it that way; enemies not so sluggish.

The game's UI has been overhauled to be "more mouse-specific" so clicking is a-okay. They want to avoid "half-done port" criticisms, which is why it's taking so long.

"On Fable from the beginning I can remember sitting in a room with Peter and him being very explicit with me that... I believe the direct quote, if I remember correctly, was, 'I want a blind child to be able to win this game with their feet,'" said Josh Atkins.

"Clearly, that's an ambition, a general direction. For us, people should be able to finish the game." Many gamers would likely argue that's been more than easily accomplished by Lionhead as they bemoan its one-button combat.

"Figuring out how to do that in a way that was both efficient and fair was challenging," admitted the lead designer. The PC version was originally set to release at the same time as the Xbox 360 version but was suddenly pushed back.

"We didn't just move sliders around: we actually sat down and looked at the creature types and looked at them as individuals. Rather than just say, "This one now does 10 per cent more damage," we made them a little faster, which gives them the perception of being a little bit smarter." The menus and UI are now mouse-friendly.

Scores of Fable III bugs have been squished and the requirements for certain achievements have been lessened too, but they've "a future" says Atkins. "Our hope is that people who pick up on PC think “okay, this plays how I would expect it to play, it doesn’t play like just a half-done port”, which I think is the danger for PC games."

"Not to knock anyone else, but people tend to just rush games out onto the PC, they do the very quickest port they can and they try to do it as a financial model rather than let’s try to make something that at least plays like it was designed for this platform, and respects what the platform does," he continued.

There's great news for Fable III monarchs in training as now you can build that property empire you want with greatly reduced headaches as Atkins seemingly confirms the much desired 'repair all' button for player-owned houses. PC FTW.

"We didn’t want to make a big deal of all of it, because some of it was little things that we knew we wanted to do, like the Achievement thing. As another example, there’s ability to repair all your houses, and there’s multiple save slots," said Atkins.

Fable III releases on PC this May.