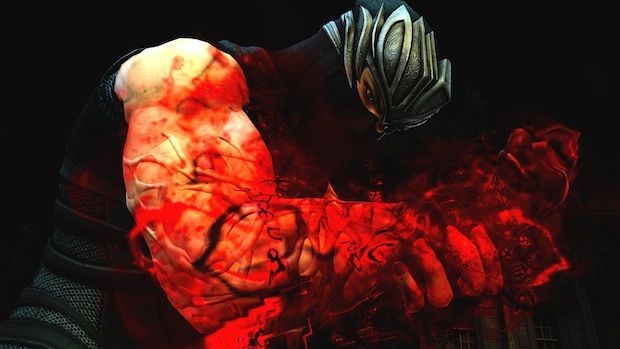 The major details revealed at the event include:

* The game’s online multiplayer ‘Ninja World’ in which players customize their own ninja and try to level them up to Ryu Hayabusa's top status. players control and customize an ordinary ninja to try to advance him to the top where Ryu Hayabusa himself reigns.

* A new Play Style system for novice gamers will allow them to toggle automatic guarding and evasion assists (Hero mode). Advanced players can choose Ninja Mode, which removes all assists.

* The main campaign will force Ryu to deal with the consequences of their actions, which seems to hint at a morality system.

Tecmo-Koei promise to reveal new information over the next few months, so keep an eye out for the brutal actioner, which will be released next year on Xbox 360 and PlayStation 3. The teaser trailer was revealed last night at Tokyo Game Show 2011.