15 December 2011 | By Jonah A. Falcon
The final class to be revealed for the upcoming "no subscription" MMO Guild Wars 2 has been unveiled by NCSoft: the Mesmer. The Mesmer's main ability is to trick the enemy with illusions as well as two-part spells called Mantras that basically buff and debuff. 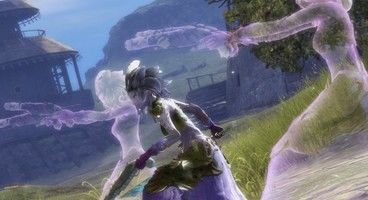 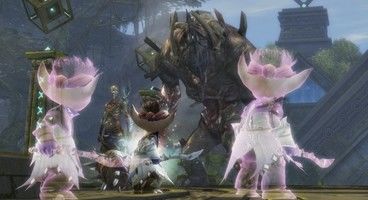 The illusions Mesmers create come in two flavors, Clones and Phantasms. Both types of illusions can only exist for as long as that target is alive and can only be dispelled by attacking the illusion itself. A mesmer can maintain up to three illusions at a time. Clones are illusions that look just like the caster, have the caster's name, and have basic, low-level behaviors. Phantasms, on the other hand, are illusions that look like the caster but have their own names and carry special illusory weapons, which look different and have specific behavior. Phantasms are more powerful, having more health and causing more damage. For example, a staff mesmer can summon an illusory mage that attacks its target and deals extra damage for each inflicted condition.

Mantras work in that the spellcaster must first create a slot with a long, slow-casting spell. However, the slot becomes a repository for instant cast spells of that type.

Developer ArenaNet released a trailer showing just how the Mesmer acts in combat. Check it out in the video below.