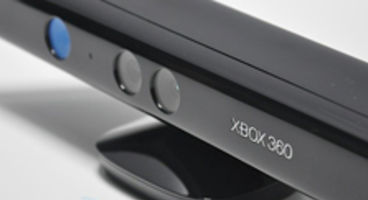 Swedish creator Eskil Steenberg of MMO Love says Kinect is "really cool from a technical point" but otherwise its "pretty worthless for most games."

It's good for "dancing and aerobics" but other genres don't fit he argues; he'd side with PlayStation Move as it has buttons. Kinect is "kind of a cheat."

"Kinect is really cool from a technical point of view but pretty worthless for most games," declared Steenberg. "Games that are good for it are dancing and aerobics stuff. That's what it's good for." Dance Central has proven quite a hit with Kinect.

"If I were actually making a game I would much rather make it for Move, because you actually have a button."

"It's like that," he said, "you change something superficial. It's not where we're going." While he may not like Kinect all that much it's commercial success tells a very different story as it has surpassed 8 million units sold around the globe.

Eskil Steenberg created Love which involves the player collecting tokens found around the world which they then use to build monuments. It was made solely by Steenberg. Some tokens are taken from the AI or other players - world adapts to your actions.