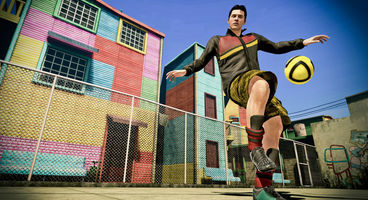 Electronic Arts has announced the return of FIFA Street, developed by EA Sports' Vancouver studio, to next gen consoles at their Gamescom conference, introduced to the public by Gary Paterson, Creative Director for FIFA Street and Andrew Wilson, Executive Vice President of EA Sports.

The street soccer game, according to Electronic Arts, will be "the most authentic street football game ever created", with motion capture animation, a new player impact engine and the same precision dribbling engine being developed for FIFA 12. Players will be able to utilize aerial skills to dance around defenders and an all-new sophisticated one-touch passing system for quick, precision passes.

The game will also feature 35 different locations from London to Rio to Barcelona.