Dragon Age II DLC unveils, Mark of the Assassin out in October 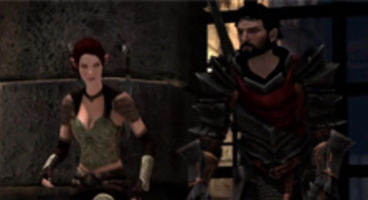 BioWare has announced via GameTrailers TV that Dragon Age II's second story DLC will be releasing October 11th, and it stars The Guild's Felicia Day.

The actress is already working with the Dragon Age IP on a series called Redemption, where she plays an elf. Hawke has to steal a fortress-secure jewel.

Redemption is a live-action series set during the same time period as Dragon Age II. "I'm a huge Dragon Age fan, and I have been looking for a follow up project to 'The Guild' for quite some time," said The Guild star, Felicia Day.

Now Day's character will be crossing paths with Dragon Age II protagonist Hawke and their party. The Mark of the Assassin DLC has us break into a highly secured fortress to steal a fancy jewel known as the 'Heart of the Many'. It's out October 11th.