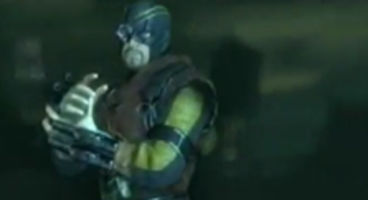 The latest notable to join the 'hey I know you' roster of Batman: Arkham City is mercenary assassin Deadshot, who got revealed in a GameTrailers TV interview.

Game director Sefton Hill was the one to spill the Deadshot beans. We get to find out what the merc hitman is after as we uncover his trail across Arkham City.

Check out the clip from the GameTrailers TV episode below for the reveal of Deadshot. Batman: Arkham City releases on Xbox 360, PS3 and PC October 18th in the US, 21st in Europe. Are there one or two cameos you'd like to see make the cut, videogamer?