Infinity Ward will "not rely solely on platform security" anymore 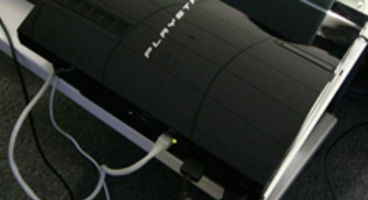 Developer Infinity Ward will be looking to tackle security threats and hacks to their games on consoles themselves in the future. This follows PS3 hacking.

Games rely on the "security of the encryption" on platforms and now Sony's PS3 is highly vulnerable. IW advise "play exclusively with friends" for now.

"Sony has recently acknowledged a breach in security on the PS3 which resulted in games to become exposed to exploits and hacks. Modern Warfare 2 is no exception to this security exploit and we understand that some of you have experienced problems with stats and other issues associated with this," posted Infinity Ward's Robert Bowling.

"Regretfully, Call of Duty games are receiving the bulk of the hacker's attention, due to its high player counts and popularity. However, the number of legitimate players severely outweighs the bad apples," he continued.

"If you are concerned about playing with players who are hacking, I encourage you to play exclusively with friends by utilizing the party or private match options in Modern Warfare 2 and Call of Duty 4 to avoid such players as much as possible until this issue is resolved by Sony." Many worry Sony will be unable to control the wave of hacks.

"At this time, we do not have the ability to restore or adjust individual stats," said Bowling. "Let me assure you, while we are very reliant on Sony updating their firmware and security to address the core problem of this issue. We are looking at EVERY option available to us to help any user affected."

"This only applies to legacy games such as Call of Duty 4 and Modern Warfare 2. In the future we plan to adjust our approach to not rely solely on platform security and reduce the ability for this to happen in our games, as has already been displayed by the work Treyarch has done on Call of Duty: Black Ops to prevent similar measures."

The Xbox 360 is no stranger to hacking attempts but the recent breaches to the PlayStation 3 have left the rival platform wide open to exploits until Sony figure a way out to plug the security hole. Are you finding yourself paranoid on the PS3, videogamer?