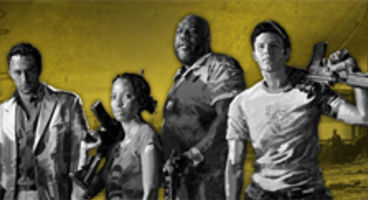 More digital content goodness is on the way for Valve's Left 4 Dead 2 but it's not like the Sacrifice and the Passing, as they're "wanting to experiment".

By that they mean to release a "map pack" that would "just be new campaigns". It will feature the 3 remaining L4D1 campaigns, and 'Cold Stream'.

Matthew Lourdelet, author of the '2 Evil Eyes' mod, is making a Left 4 Dead 2 campaign called 'Cold Stream' which has impressed Valve enough that they want it as an official part to this next DLC from the studio - which has no name or date yet.

"The very first step in creating a new DLC is deciding on the larger goals and constraints for the DLC. The Sacrifice and the Passing were story heavy, so we want to see what the other end of the spectrum looks like," posted Valve on the Left 4 Dead Blog.

"For this DLC we start with wanting to experiment by releasing a map pack that wasn’t about story. It would just be new campaigns for Left 4 Dead 2. That makes the first constraint no new audio or story."

"The easiest starting point for new campaigns is the three remaining Left 4 Dead 1 campaigns, so the DLC will include those. We also want something brand new and Cold Stream is the perfect fit." In the "next few weeks" they'll beta Cold Stream.

Are you still going strong against the infected hordes of Left 4 Dead 2?