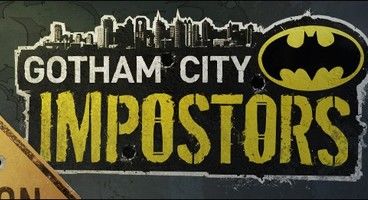 A while ago, Gotham City Imposters had been accidentally revealed by a retailer, and later, some domains had been discovered revealing the domain name. Today, Warner Brothers Interactive has officially announced Gotham City Imposters, and it'll be a first person shooter developed by Monolith for PC, Xbox Live Arcade, PlayStation 3.

The concept is a little strange. The game is a multiplayer game giving players the opportunity to customise their own characters as they pose as amateur vigilantes or villains. Gamers will create their very own Bats and Jokerz characters using customisation options including insane costumes, homebrewed gadgets and a wide range of traditional and imagined weapons.

"Gotham City Impostors blows apart expectations for superhero games with an exaggerated take on first person shooters, set in a part of the DC Universe players have never seen before,” said Samantha Ryan, Senior Vice President, Production and Development, Warner Bros. Interactive Entertainment. “Monolith is creating a game that turns Gotham City upside down and we think fans are going to have a blast with this creative twist on multiplayer heroism and anti-heroism as they play up the classic rivalry between Batman and The Joker.”

More information will be coming, and we'll have it for you when it does. 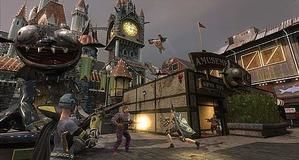