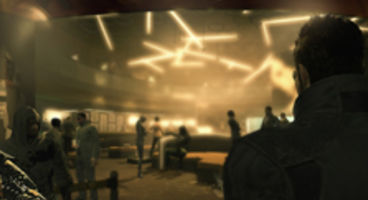 The first few levels were included before quitting and taking pirates to an online survey. They wanted to "gain attention" and show pirates "can be potential customers."

Questions asked of the Deus Ex: Human Revolution pirate gamers were why they downloaded titles illegally, which torrent websites they used and inquired about different DRM methods such as SecuROM and Steamworks.

James Grimshaw defends his "anti-piracy experiment" as it was designed to let gamers 'try before they buy'. "We wanted two things: to gain attention and let people know of our anti-piracy strategy, and to show that illegal downloaders can be potential customers."

Based off the 900k hits they had on their questionnaire, Grimshaw estimates around 1 million had downloaded his special cracked preview of the game. Vigilant Defender is a small company in Ireland and believes they have anti-piracy measures to offer.

They even created a PayPal account for donations and promised a copy of the torrent to anyone who paid. "This would then go back straight to the publisher, but this didn't happen and shut down this part of the anti-piracy experiment," Grimshaw explained.

Around 26k showed an interest in paying money and the average amount came to 14.49 EUR. Grimshaw is adamant he and Vigilant Defender are there to help fight piracy.

"We are offering them a way to reach the mass market, a targeted mass market of illegal downloaders, at an unbelievably low cost," he said.

"This low cost will allow us to encourage more money back to the publisher; the rate of return is much higher as they only have to supply one digital copy."

"Sceptics will always exist; only people can stop illegal downloading, this anti-piracy method gives customers hundreds of benefits that far outweigh piracy," Grimshaw said. "This is the best way to stop piracy." Eidos and Square are yet to correspond with him.

"The grandeur of our experiment was not to upset people, but to get the attention and show we could do this. Of course we are sorry for having to attempt this in such an extravagant way, but now we are here we can get down to business."

Has Vigilant Defender crossed a line? How should Square Enix respond to this 'experiment'? Pricing, bugs and hype are favourite grievances pirates point to.