1M hours logged in The Old Republic beta in 72 hours 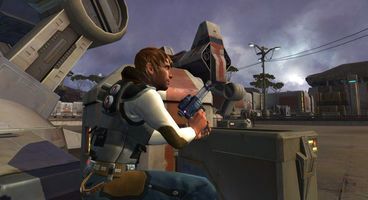 BioWare has revealed that Star Wars: The Old Republic beta testers combined to log over one million hours of playtime over the past weekend. According to BioWare co-founders Greg Zeschuk and Ray Muzyka, tens of thousands of players have already tried out the game.

In an interview, Zeschuk stated, "This weekend we had a big test. Tens upon tens of thousands. One crazy number is we had over a million hours of testing over the weekend. It was a huge test, and there are even bigger ones coming. The key thing is for us to take those learnings, apply them and make the service really stable. We're happy with the game."

The weekend was basically a server stress test, of course, as BioWare and Electronic Arts want to make sure there are few launch day issues. "Our goal is a smooth launch," Muzyka promised. "We want to serve our players really well. We want to serve them with a great, stable, secure, high quality experience. That's our goal. We're doing everything we can."

Zeschuk added, "One of the ways we can ensure the service is good is we're not selling beyond a certain point. Like, at a certain point it'll sell out. We will release more units based on the stability of the service, then we will turn that dial carefully. For example, through Origin we can very quickly and responsibly add more units depending on availability."

Star Wars: The Old Republic will be released on 20th December, but preorders will get early access. Electronic Arts has also made a point of limiting the number of The Old Republic sales as well, thereby staggering new users over time.