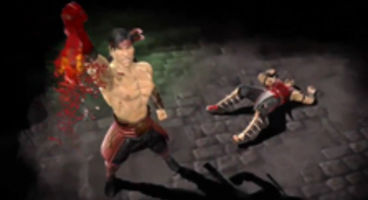 While I write my MP in outrage, remember that original Mortal Kombat creator Ed Boon is working with developer NetherRealm Studios on this new effort.

It's a face palming decision as obviously PlayStation's Kevin Butler would have been the better PS3 exclusive treat - stupid executives! There's still no word if NetherRealm will be sneaking in an exclusive Xbox 360 star or not.