ESRB ratings to be decided by computer, GLaDly frees up time 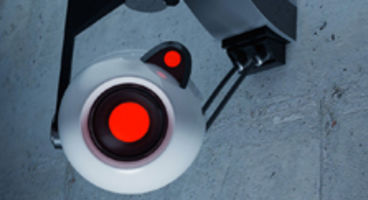 All those titles sold in the shops and online in North America need ratings you know, but poor ESRB have tons to get through. Luckily computers can help.

No this isn't some Skynet/GLaDOS hybrid but a computer crunching 'content questionnaires' and then bestowing a certificate. XBLA and PSN up first.

This fancy system which is designed to have no human oversight will replicate the "ingrained cultural norms and predilections of the everyday American consumer", reports the New York Times. The ESRB begins this with XBLA, PSN and WiiWare titles.

Telling fibs to the digital questionnaires will result in harsh penalties from the ESRB, and Microsoft, Sony and Nintendo won't certify titles without an ESRB rating sticker. The European ratings board, PEGI, already uses a similar method but with a human moderator who checks up on the filled in questionnaires before a rating is published.

The ESRB is using this system to handle the huge workload of titles they have to deal with, especially when you take Facebook and Apple into account. Currently the social and mobile marketplace is devoid of ratings but may adopt them.

1,600 titles were rated by the ESRB last year and 30 percent of those were online only. 650 digital titles will be judged by this new system every year from now on.