PC L.A. Noire late as dev "did not have the time" until after DLC 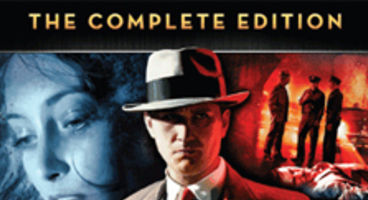 They're "big fans of PC games" but had to wait until the console version and all its DLC cases were finished, and it's "important not to rush" the PC development.

"We always strive to release our titles on PC whenever it makes sense from a development resources and platform perspective. We're big fans of PC games and love getting our games into PC gamers' hands as quickly as possible," said Rockstar Games.

"In the case of LA Noire, we did not have the time to begin PC development until we were able to wrap up work on the console version of the game, and all of its DLC. It's also important not to rush our PC development, so we can deliver a high-caliber experience that not only takes advantage of the platform's benefits, but is also worth the wait."

The PC version of L.A Noire, due out next month, includes all the released content for Team Bondi's crime fighter as well as visual upgrades and tweaks from Rockstar Leeds. Stereoscopic 3D is exclusively supported for the PC version.

"Our goal from the start of PC development was to provide a complete, comprehensive experience for the PC gamers," continued Barrera.

"To that end, we're including all of the downloadable content released to date for the PC version of L.A. Noire, including the cases, outfits, weapons, and challenges released pre and post-launch for the console versions."

"All of this will come at no additional charge. In terms of content, everything is intact and unchanged from the original game aside from the inclusion of all the DLC."

PC gamers are promised a "wide range" of graphics and performance settings to really get the most out the recreated Los Angeles.

"All in all, the guys at Rockstar Leeds have done a great job at utilizing the platform to its fullest potential, and the PC version looks and performs fantastically, even at minimum system requirements," continued the Rockstar VP of Product Development.

L.A. Noire releases on PC November 8th in the US, 11th in Europe.