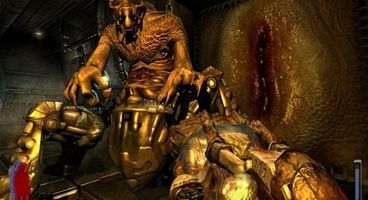 Bethesda Softworks vice president of marketing Pete Hines is critzing publishers and developers who shoehorn multiplayer into their games that doing such a thing is "a waste of time" and advises, "Just drop it, don't bother…it'll make for a worse game."

In an interview with Next Gen BIZ, Hines states that using online multiplayer as a tool to prevent used game trade-ins and rental simply doesn't work, and robs developers of valuable man-hours.

"(People ask us) for a game like Skyrim or Prey 2, why doesn't it have multiplayer?" Hines stated. "Well, our question is always the opposite when we talk to a developer. If you're doing multiplayer, why are you doing multiplayer? What are you trying to accomplish?

"If you're doing it just to check a box or because every other publisher says you've got to have multiplayer, then just drop it, don't bother, it's a waste of time, a giant distraction and it'll make for a worse overall game.

"We want the best game possible. If that's a singleplayer game that's 15 to 20 hours, then make that! Don't waste your time on features that don't make the game better."

The Elder Scrolls V: Skyrim and Prey 2 are two Bethesda properties that will lack multiplayer, but one of the tools to encourage games to keep both games will be downlodable content and, even more important, good communications with the game communities and nurturing the fandom for both games.