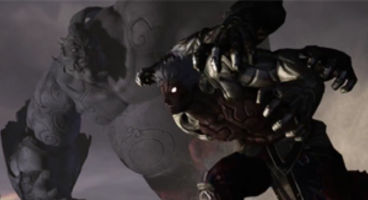 The UK's BBFC have given Capcom's demigod action, beat 'em up title Asura's Wrath a 15 certificate for its "moderate violence and gore" as we take on some almighty deities.

We get to control Asura even during cinematic sequences and affect the gameplay. Our rather angry banished demigod wants to rescue his daughter who's stuck in a glass capsule.

Asura's Wrath releases on Xbox 360 and PS3 February 31st, 2012. Godhood 101: Never just banish someone down to Earth - it nearly always comes back to bite you in the rump.