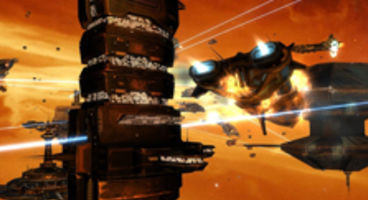 PC's Stardock Games has said in their latest customer report that they'll be "making some important announcements" regarding Sins of a Solar Empire.

Overall Stardock will make "3 big announcements" this year for PC. MMO Society is still looking for funds, and may form a 'dedicated business unit'.

The only official movement from Ironclad on SOASE has been the continued work on the latest update for the game, which promises major overalls and better memory management for the engine. Has a sequel been in the works all this time too?

Later in the report it states that Stardock "anticipates making 3 big announcements in 2011 concerning its future plans for the PC." This piece also addresses the issues surround fantasy-based Elemental: War of Magic and its Fallen Enchantress spinoff.

For the full Customer Report 2010 check out this online PDF document.