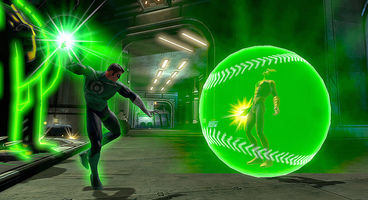 Sony has revealed the Green Lantern-themed 'Fight for the Light' expansion for DC Universe Online, which focuses on the new Light power set which will allow players to fulfill their own ring fantasies.

With light, players will now be able to combine weapon-based combos and superpower abilities, like creatiing hard-light boxing gloves. In addition to the new Light Power set, players will also be able to engage in new missions that go from Coast City to the Sciencells on Oa.

The "Fight for the Light" expansion will be available later this Summer for $9.99. Check out the expansion trailer in the video below.