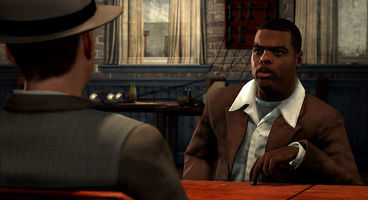 Rockstar Games and Team Bondi have confirmed that L.A Noire will be released across Europe for the PS3 and Xbox 360 on 20th May, 2011.

L.A Noire promises to blend action, detection and complex storytelling and draws players into an open-ended challenge to solve a series of gruesome murders. Set in a perfectly recreated Los Angeles before freeways, with a post-war backdrop of corruption, drugs and jazz, L.A. Noire will truly blend cinema and gaming.

Check back later this afternoon for a new trailer, which has already been leaked around some parts of the Internet.