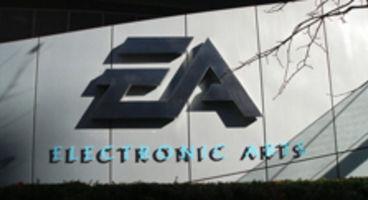 EA boss John Riccitiello, now credited with 'saving' the publisher, has said in a speech that if anything they've "failed well," with a lot of mileage left to go.

It hasn't entirely paid off yet he argues, but they've had "a few wins" getting there. He "lost a few friends" making the transitions as some 'couldn't adapt'.

"We were facing a world going through unbelievable change with the rise of smartphones, social networks, and more recently the iPad - each of which has turned out to be a platform where gaming is the No. 1 application," CEO Riccitiello said at University of California.

1500 jobs were announced for the chopping block back in 2009 which would be completed by March 2010 as part of radically reducing costs. They also focused on franchises that would yield "higher margin opportunities". They also explored digital distribution.

"We knew it would be hard but we had no idea how hard," Riccitiello said.

"We had to do these three hard things when the press and the financial analysts told us we were crazy. That the cutting was great, but the investment in digital was just not a good idea. It proved very hard to hear the negative drumbeat while tackling very hard challenges at work."

"I lost a few friends in the process: smart creative people who just couldn't stomach the transition." EA is now in a much stronger position than it was but Riccitiello won't accept that they've 'made it' quite yet despite the dramatic turn of good fortune.

"I wish I could tell you that it has all paid off," he said. "That, like Truman, Jobs and Chambers, we have been fully vindicated. Not yet. Yes, we've had a few wins but there is much more to do."

"I would argue we failed well. We are students of our own failure. We used our failure to shape and impel us to a better strategy. One that we believe that will ultimately succeed in ways that our previous strategy, even if perfectly executed, could never have done... Trust me. Sooner or later, you're going to get knocked on your ass."

"Will you fold? Or will you fail well?" he concluded.

EA has been making a mint of their recent exploits of videogame IP like Mass Effect, Need for Speed, Battlefield, Dead Space and of course their EA Sports line-up.