24 August 2011 | By Jonah A. Falcon
Deus Ex: Human Revolution has been getting some glowing reviews and enjoying an 89 Metacritic aggregate score, but the game's director, Jean-Francois Dugas, is not totally happy with the finished product. His chief regret? The enemy AI. 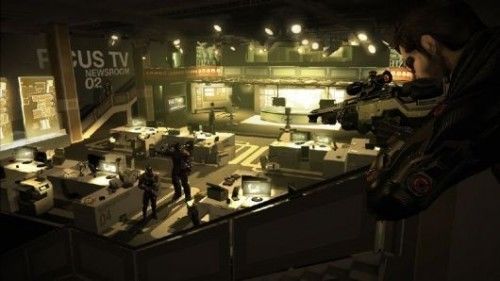 According to Dugas in the latest issue of Play Magazine, “I’d be lying if I said the AI meets all of our expectations but I think it’s normal that every developer has something they’d like to do differently. That being said, when you look at the type of game we’re making, where stealth and combat need to cohabit as naturally as possible, I think overall gamers will be satisfied with what we did. It’s not perfect but it makes for interesting gameplay situations.”

Let us know if you've been having issues of any sort with the AI.

Deus Ex: Human Revolution was released on PC, Xbox 360 and PlayStation 3 this past Tuesday.