Call of Duty: Elite changes status "to green", there are "some kinks to work out still" 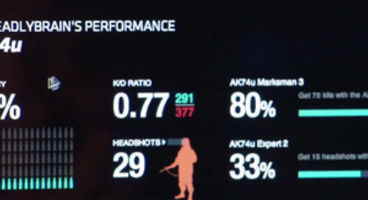 Activision's VP of production Daniel Suarez says they've "changed our status to green" for Call of Duty: Elite's services, with the first episode of Friday Night Fights set this week.

The mobile version of Elite should launch early next week. The platform had been on amber for 'intermittent service' but now it's up and running with no prioritizing users anymore.

Premium members of Elite were given priority over non-paying users but that isn't necessary anymore, claims Suarez. They're "confident in the stability" of Elite for the holiday.

Over a million are premium paying members of Elite with an additional four million signed-up for free. Elite tracks player stats, fosters the community and its clans, and offers help by way of tutorials. Paying members also get programmes to watch plus a year of DLC included in the price. "We changed our status to green yesterday," said Daniel Suarez.

"Everything is running," he added. "We have some kinks to work out still, but we're making fixing and updates to the service. Going into the holiday we are confident in the stability of the service."

"Overall functionality for the average user is probably at 95 percent," he said. "There are a few issues with clan invites, but we already have fixes in the works." Have you signed-up to Activision's Call of Duty: Elite service?