25 January 2011 | By Joe Robinson
So, four days, 16 games, two trans-Atlantic flights, one very nice steak and some very cold weather later, I'm back home and ready to give you the low-down on everything I saw at this year's Paradox Convention. There may have been a distinct lack of giant tankards of mead, but there was still plenty of fun to be had, and plenty to see as well.

As we reported on during our live-blog early last week, this is going to be a very interesting year for Paradox. The company, especially under Fredrik Wester, have set a precedent of entering new and supposedly 'crowded' markets, and succeeding when no-one thought they could. Looking at their history is truly fascinating, and you can't help but admire a company that keeps going from strength to strength. As Wester himself said, the PC market is far from dying, and it's companies like Paradox that are helping to keep it going. Sure, they may not release the most accessible or mainstream of titles, but they appeal to their target markets, and that's all you can ask from a company.

The only possible worry is, are they trying to do too much this year? Sixteen games were at this showcase, all but one are being released this year. There's apparently more announcements to come at GDC, as well as we assume E3 and maybe even GamesCom. That's a lot of titles to push out during a recession, but with many of them being free to play (as well as we imagine the usual quota of expansions) maybe it won't tax the consumer's wallets too much.

Anyway, without further ado, here's a round-up of what was on show at the convention: 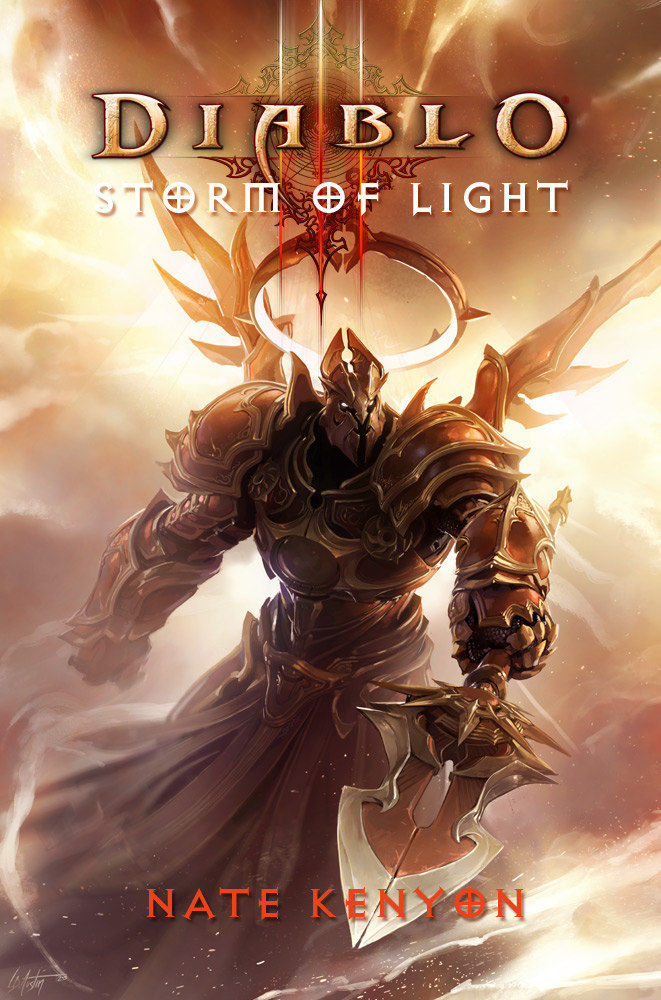 There were so many impressive games there this year it was hard to pin down just one to choose as the 'winner'. Funnily enough though, this award goes to a man, rather than a game.

Danny Green is the President, Lead Programmer, Artist, Designer, Janitor, Tea boy and about every other position you can think off for Radioactive Software. This guy is, for lack of a better word, insane - but I say that with the utmost respect.

His game, Gettysburg: Armoured Warfare, is an MMORTS/FPS hybrid with steam-punk themes, which is being released as part of Paradox's new online portal, Paradox Connect. We'll talk more about the game in its own preview, but this guy is something else. He coded the entire build - which was perfectly playable, in about three months. I think my favourite quote was "Sorry about the terrain, I coded it over night".

Here are some other highlights: 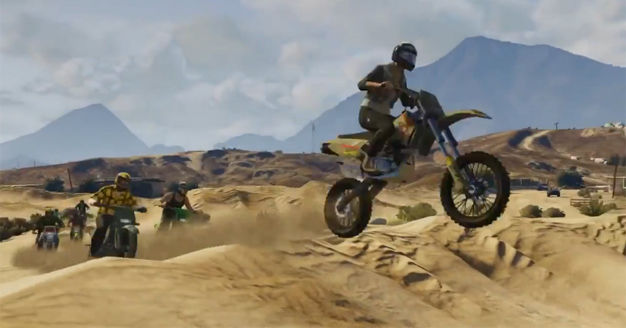 This was the most surprising announcement this year. I'll admit, at first I was a bit sceptical, but after sitting through the demonstration I'm now actually quite excited for this game. Created by the trading card fans amongst the staff, the Hearts of Iron TCG aims to take everything that's right about a trading card game, and applies it to their popular Hearts of Iron brand. Fredrick Wester said there is no World War 2 trading card game on the market, perhaps there's a reason for that, but the HOITCG is looking like it's going to be a very good attempt. 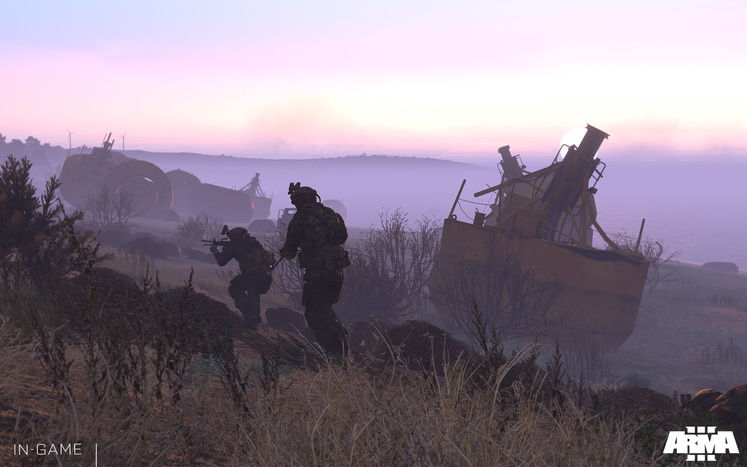 The latest game from the internal studio behind Hearts of Iron and Victoria, Crusader Kings 2 is interesting because instead of taking the traditional approach and having the player take control of a country or other similar political entity, you take over a character instead.

Once likened to a 'Medieval Sims' (although, having seen the actual Sims: Medieval, that's a bit of a loose comparison), Crusader Kings 2 will have you take control of anyone from a Count up to a King, and you need to help manage your lands, vassals and your relationships with other characters. It's a very subtle twist on the grand-strategy genre that Paradox is so famous for, and we're certainly looking forward to it. Shame we won't be seeing this one till early 2012.

Sword of the Stars II 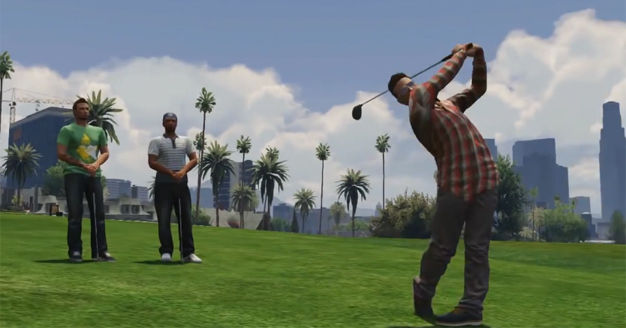 Oh-em-fricking-gee, give us some playable code already. Every time I see this game, I get more and more excited about it. Sadly, they were still only in the tech-demo phase this year, but we got to see the ships again, their effects, as well as a limited system map build. It's looking really beautiful, and the team have really updated the MARS engine to be able to better compete with more modern RTS games.

Talking to Lead Designer Martin Cirulis (who, as it happens, schooled me like a little bitch when I tried to bring up the impact of games like Sins of a Solar Empire) is a fascinating experience, and I really hope he delivers on everything he says about the game. 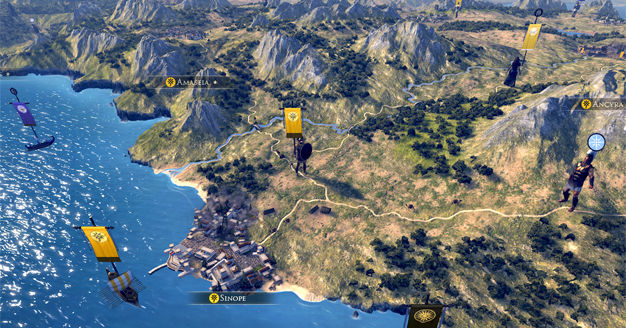 I have a lot of time for Mount & Blade. Considering it started off as a guy and his wife, the end result that was the first game was I think one of the greatest gaming achievements in 2008, despite being buggy and generally under developed. Mount & Blade: Warband, whilst again not perfect, was a great addition to the franchise, and as the studio's success grows, so does their budget.

Interestingly enough With Fire and Sword was not made by TaleWorlds, but rather a studio hailing from the Ukraine. Based on the popular Polish novel of the same name, With Fire and Sword was an official Mount & Blade spin-off that was released in 2009, but only in Eastern Europe. Now, updated to the Warband engine and including new gameplay mechanics like gunpowder units, it's getting a western release. We can't wait.

This gets the 'Amazingly Disgusting' award - how could it not, when gameplay elements are based around concepts such as 'Flem' 'Bile' 'Scents' and other bona-fide 16th century medical science. Set in a fantastical version New England during the Colonial-era, Salem is a free-to-play MMORPG experience that is based around crafting, exploration and social constructs.

It's a simple affair, and has a bit of a Minecraft-feel to it, even though the studios previous game Heaven and Hearth (which is similar) came first. The most intriguing aspect though is the concept of permanent death, and the way the game deals with crime and punishment. We won't go too much into it now, but suffice to say when your character dies - that's it, it's completely wiped and you have to start all over again. 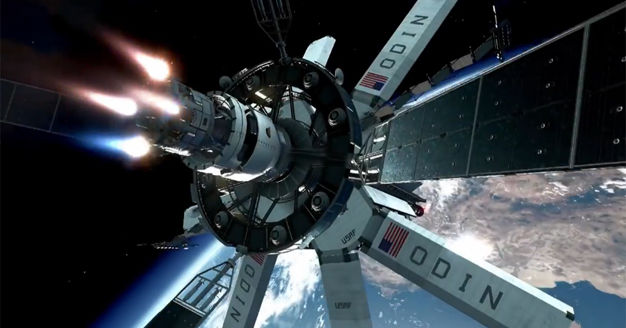 As a Brit, I find it interesting how a Hungarian studio decides to tackle an English myth not once, but twice. The first King Arthur, whilst not perfect, was an excellent RTS/RPG hybrid that tried to provide an atmospheric and engaging strategic experience.

The second game is shaping up to be very interesting indeed - not only does it expand on the first game by tackling some of the problems, it also takes the story beyond the legend, so we're interested in seeing what they come up with.

Sadly, we can't cover every game in this article, so here's a quick round-up of what else was being shown off this year. Never fear though - just because a game's in this list, doesn't mean it won't be covered at all, or that it's not any good or anything:

Defenders of Ardania - Tower-Defence game with RTS elements set in the Majesty universe.

Dreamlords: Resurrection - Pretty much the same as Dreamlords: Awakening, which was released in 2008. Updated and reworked for Paradox Connect.

Magna Mundi - Another EU III mod-turned-game, this really plays up the management and historical fidelity aspects.

Pride of Nations - Victoria 2 meets Rise of Prussia, this is an insanely deep Colonial-era grand strategy game. You have been warned.

Supreme Ruler: Cold War - A stand-alone expansion to the modern grand-strategy series Supreme Ruler, this is the long awaited expansion that goes back to the past and the Cold War.

Naval Warfare: Arctic Circle - Another one not releasing till 2012, this is an RTS Naval War game that shows some promise. Still early days though.

Pirates of Black Cove - from the creators of East India Company, this is a quirky RTS/RPG title with heavy pirate themes.

And that concludes our round-up of the 2011 Paradox Convention! This is going to be an exciting year for the company, and we can't wait to get our hands on many of these titles. Stay tuned for more extensive previews on many of the games listed here.