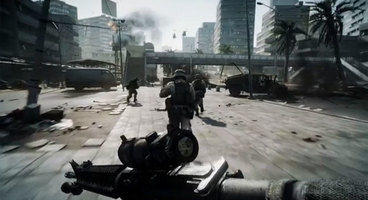 Some tasty new multiplayer news has been revealed about Battlefield 3. The game will feature a dedicated multiplayer two player co-operative mode that is supported by ten maps.

Executive producer Patrick Bach revealed this in the latest issue of PSM3, when questioned about the co-op mode that was mentioned way back when the game was announced.

Unfortunately, the news about the co-op mode was limited to the information that it supported ten maps for two player co-op. No other details were revealed about the mode.

Still, having ten co-op campaign maps for just you and a buddy sounds like a lot of fun, doesn't it?