Braben: Kinect 'better for accuracy' than mouse or analogue 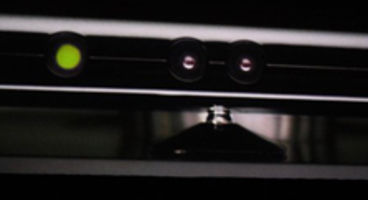 Elite creator David Braben, boss of Frontier Development, has praised Kinect for providing the 'best accuracy' to date for an input device, unlike the analogue stick.

Analogue "not precise enough" to match the mouse, which is "pretty precise" but even that's not ideal. It's a "perception of accuracy," he says. Kinect is different.

"When we first got analogue controls we thought, oh yes, you can use it like a mouse. But actually, you can't. It's not precise enough. The mouse is pretty precise, but that's only because that's also a relative device."

"So the way we tend to use analogue sticks is you're doing it as the direction of movement you're controlling. You're not controlling position. Similarly with the mouse, the wheel underneath has got the phase counter on that tracks the relative position. It's just incremental," continued the videogame design veteran.

"So it feels accurate. But actually it's not that accurate. Same with the analogue stick. So, there's a perception of accuracy." Kinect's motion sensor however directly monitor's your position and relays it to the console, with its accuracy "unbelievable" to Braben.

"It's one of the first things where you can actually use the position directly as a position, not just as a relative movement. That is a change. We haven't come to terms with how best to use that. We're getting better with each stage," he added.

We're approaching the 'second wave' of Kinect titles which most believe will prove to be far superior in utilising what the motion camera has to offer. Have you be enjoying Microsoft's Kinect for Xbox 360? What's your ideal game using the fancy Kinect tech?