25 December 2011 | By Jonah A. Falcon
BioWare's James Ohlen revealed in the Star Wars: The Old Republic blog that there will be a new update coming in January that will expand one of the Operations and add a new Flashpoint. 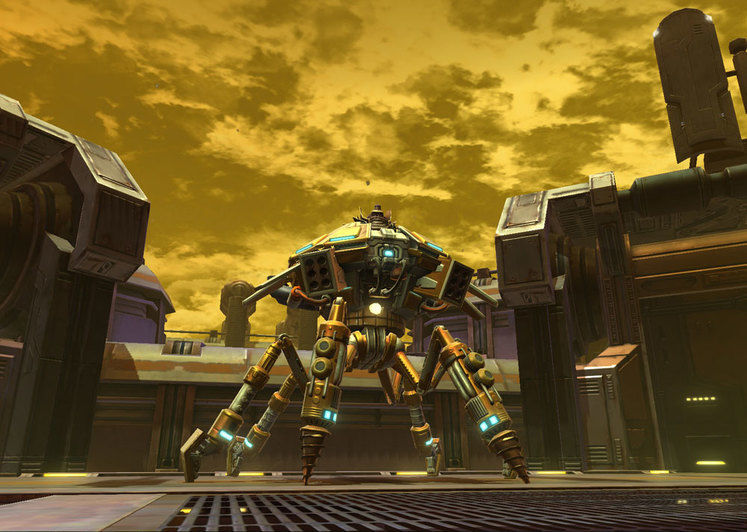 According to the blog, "The expanded Operation takes the existing Karagga’s palace scenario and more than triples it in size. It includes three new boss monsters and some pretty epic set pieces." The blog revealed a sneak peak image of one of the bosses as well, as seen in the pic above.

As for the new Flashpoint, Ohlen stated, "The new Flashpoint involves a plague that could have significant repercussions across the galaxy. It takes place on a brand new world and involves some pretty epic battles." He then teased, "I can’t go into much detail, but be prepared for something different."

"We plan to continue releasing Flashpoints, Operations, Warzones and new game systems on a regular cadence," Ohlen then promised, "This patch coming early next year is only a taste of what is to come."

Star Wars: The Old Republic was released on the 20th December, and is currently suffering long server queue waits. BioWare promises to fix those in the near future as well.