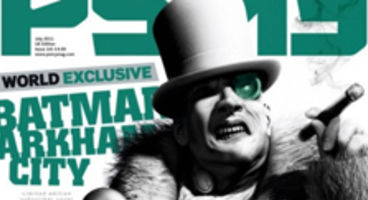 Rumour no more as the Penguin is confirmed to appear in Rocksteady's Batman: Arkham City thanks to the cover of the latest PSM3 magazine issue.

Details haven't spilled on his exact role in the sequel effort but the Internet will have its mitts on the gossip soon enough as the latest PSM3 issues get mailed.

Are you excited one of Gotham's more well known villains is coming to ruin Batman's day? Who needs rumour when you've got a 'limited edition' mag cover to bring you confirmation! Batman: Arkham City releases on Xbox 360, PS3 and PC October 21st.