Star Wars: The Old Republic is "kinda daunting" for BioWare 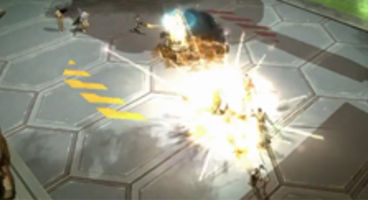 BioWare co-founder Dr. Greg Zeschuk admits they've got a real tall order to fill with Star Wars: The Old Republic, and that it must be "really solid" before launch.

The studio is doing their "very best to get it out" as fast as possible without compromising it. The MMO is "literally live right now" with "thousands" testing it.

It won't launch until BioWare and EA is convinced it's "available, reliable" and "really solid", which is why they are yet to hammer out a concrete release date beyond a holiday 2011 window. A beta is expected to start next month.

"We're doing our very best to get it out as fast as we can. With a game like this, getting it all right, getting all the server stuff right is just as important as getting the game right," said Dr. Greg Zeschuk. They don't want it to slip away into 2012.

"We're trying, as fast as we can. That's the reality. It's literally live right now; we've been doing a lot of testing with a lot of people behind the scenes."

"At any one time there are thousands of people playing the game. Starting next month we're really going to start expanding that testing cycle," he said, talking of the public beta.

"It's one thing to get the game done, another to ensure you can login thousands of people a minute," he said. This is all uncharted territory for RPG maker BioWare.

"It's a different sort of requirement. The things you need to get done to ship this are very different from a standard game. A standard game, this is like five of them, right?"

"This game's launch is going to be one of the biggest launches ever in the history of gaming," continued Zeschuk, admitting its scale is "kinda daunting".

"Our job is really simple: making sure it's great when it comes out. We're going to do the right thing for the fans, for the product. It's a big deal but we're doing our very best to get it out as fast as we can." EA is limiting the number of copies, both physical and digital, that will be available when the Star Wars MMO launches to avoid a user crush.

Are you looking forward to Star Wars: The Old Republic, videogamer?