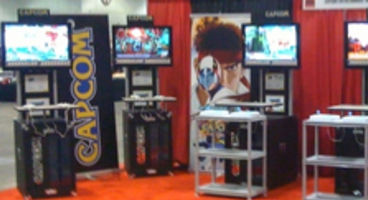 "It’s a fun period, but if you look impartially at nothing but the financials, then it’s also a rough time for developers,” Takeuchi-san told Famitsu in an interview.

"That’s because you just can’t tell what you should be investing in — current hardware, new hardware, mobile, social-gaming stuff? Nobody has a set answer for that yet.”

Jun Takeuchi has Resident Evil 5 and Lost Planet notched on his belt, but he feels you shouldn't be trying to find some one-size-fits-all formula for success.

“Personally, though, I think it’s a mistake to deliberately set out to find an answer in the first place,” he said. You’ll never establish a base for yourself if you keep trying to ride on previous successes," he explained.

Takeuchi-san also defends Capcom for investing more of their time overseas and denies the publisher is abandoning their Japanese roots. “It’s not as if overseas developers have come up with a flawless new method to making games,” he said.

“I think that Japanese studios can absolutely come up with a development process that can outdo theirs. In terms of average skill, Japan’s developers aren’t losing out at all to them.” There are two game announcements from Capcom due this summer, teased the producer, and they're both original and for 2011.