Resident Evil 5 infects its way onto the home computer, although little has changed since the initial release... (PC)

It's taken a while but the 6.3 million copies that Street Fighter II for SNES has now been surpassed by 2009's Resident Evil 5 at 6.5 million. That makes it Capcom's new best-selling title in history. 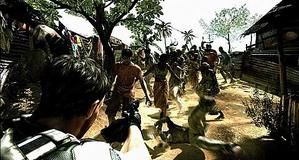