27 March 2011 | By Jonah A. Falcon
A racy, unreleased trailer with Serena Williams and actress Rileah Vanderbilt (who has appeared in such films as the slasher film Hatchet) that was shot for Top Spin 4 was briefly leaked on YouTube, then pulled, but not after getting over a million views.

Some still shots still exist, including the image below, which is definitely red-hot. 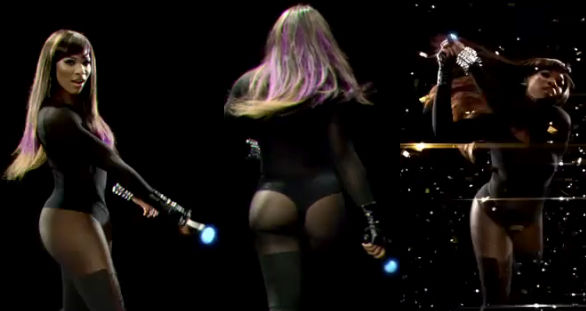 Serena Williams' reaction to the trailer? She tweeted that it was "awesomely sexy."