US Court of Appeals rejects Bethesda's claim of 'misapplied law' 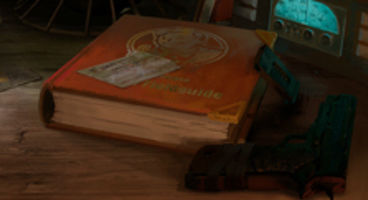 Sorry Bethesda but the United States Court of Appeals doesn't agree that the "district court abused its discretion" when allowing Interplay's Fallout MMO to proceed.

The court documents also show Bethesda believes they "misapplied the law" in ruling the studio failed to prove the MMO would "harm" the franchise.

Bethesda was denied a preliminary injunction against Interplay, which if successful would have stopped their development of the game including anything related to Fallout for a time. Bethesda decided to appeal against their denied injunction.

The US Court of Appeals has said 'no' to their attempt to appeal. Legal documents show Bethesda claimed that the "district court abused its discretion and misapplied the law in concluding that Bethesda failed to establish a likelihood of irreparable harm."

Interplay's precarious financial situation is one such 'irreparably harmful' threat against Bethesda and the Fallout IP which they now own, but the Court of Appeals remained unconvinced. The legal wrangling over licensing remains bitter to say the least.