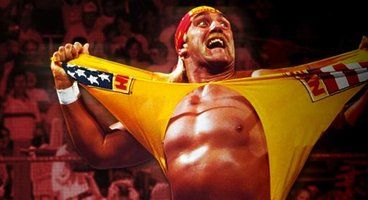 Majesco has announced a new wrestling game headlined by the legendary Hulk Hogan, developed by Panic Button, and most intriguing of all, powered by Kinect. In Hulk Hogan's Main Event, players will be tutored by Hogan on not only how to wrestle but how to build a persona and how to work the crowd.

“Hulk Hogan is much more than a wrestling star; he’s a sports entertainment icon with a huge personality, a massive following on Spike’s IMPACT WRESTLING, and immediate recognition across generations of fans,” said Jesse Sutton, CEO Majesco Entertainment. “Partnering with the Hulkster for Hulk Hogan’s Main Event is a dream come true and we’re looking forward to releasing a no holds barred motion-based experience that offers a full suite of over-the-top moves.”

According to the press release, players can perform more than 30 punishing combos, as well as strike poses like Hogan, with the Kinect sensor tracking the players’ every move. The more dynamic the motion, the more high impact the wrestler’s performance is.

Players can create their own unique wrestler personality through a create-a-wrestler feature including choices for face, hair, tattoos, outfit, ethnicity, body type, and entrance music. The player can perform in nine different venues including the backyard brawl, local gym and giant stadium in front of a massive audience.

Multiplayer options include a tournament mode for two player tag-team, where players can take turns delivering extreme moves in front of the Kinect sensor. Players can even wield a variety of objects including metal chairs and ladders to deliver bone-jarring hits to their opponents.

The official site is at www.hulkhogansmainevent.com, though currently the site is only registering email updates.