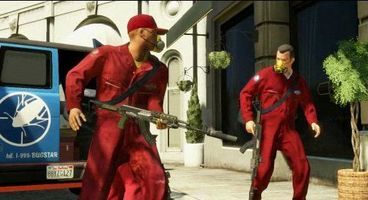 EEDAR's Jesse Divnich claims that of all the blockbuster games that will be released in 2012 including Mass Effect 3, BioShock Infinite, and others, Grand Theft Auto V will be the top seller, even outselling the next Call of Duty title.

According to Davnich, "It goes without saying that GTA V will be one of the year's biggest releases, but I will take it one step farther and say GTA V will be 2012's biggest release. Don't get me wrong, Call of Duty will undoubtedly be huge, as it is every year and it may even grow, but if I had to call what will be a photo finish race, I will go with GTA V."

Analysis: In 2008, while Grand Theft Auto IV was the top selling videogame on the Xbox 360 and PlayStation 3 platforms, there was a sense that the game underperformed. The brand is weaker, especially since it no longer dominates the open world action space as it did in years past, with such IPs as the Just Cause and Saints Row properties staking their own territories with fans. Unlike the days of Grand Theft Auto III and its spinoffs, there are too many choices for GTA5 to dominate again, unless Rockstar truly innovates and brings something completely new. It seems unlikely that GTA5 could bring in the same mindboggling sales numbers that the Call of Duty titles have raked in, with Modern Warfare 3 hitting one billion dollars in just over two weeks.